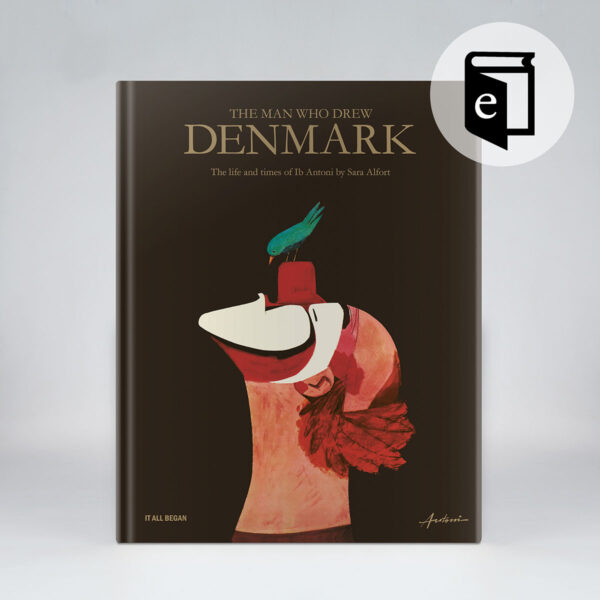 E-Book: The Man Who Drew Denmark – the life and times of Ib Antoni

It’s finally here! THE MAN WHO DREW DENMARK – the life and times of Ib Antoni, written by Sara Alfort in cooperation with Antoni Legacy and translated by Heidi Flegal.
Available everywhere from October 15.
Here is E-Book of the English version, but of course it is also available in Danish, titled Manden Der Tegnede Danmark.