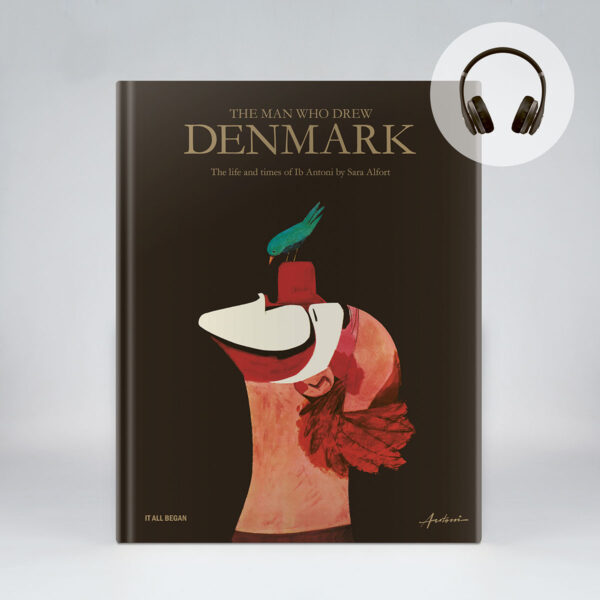 Audiobook: The Man Who Drew Denmark – the life and times of Ib Antoni

It’s finally here! THE MAN WHO DREW DENMARK – the life and times of Ib Antoni, written by Sara Alfort in cooperation with Antoni Legacy and translated by Heidi Flegal.
Available everywhere from October 15.
Here is audiobook of the English version, but the audiobook is also available in Danish, titled Manden Der Tegnede Danmark.