Ib Antoni lived a short and intense life. In the late 1950s, only 27 years of age, he sat behind the desk in one
of the greatest advertising agencies on Madison Avenue in New York, and just a few years later he became one of the
world's most coveted advertising designers in the crowd today known as the "Mad Men" of the advertising industry. 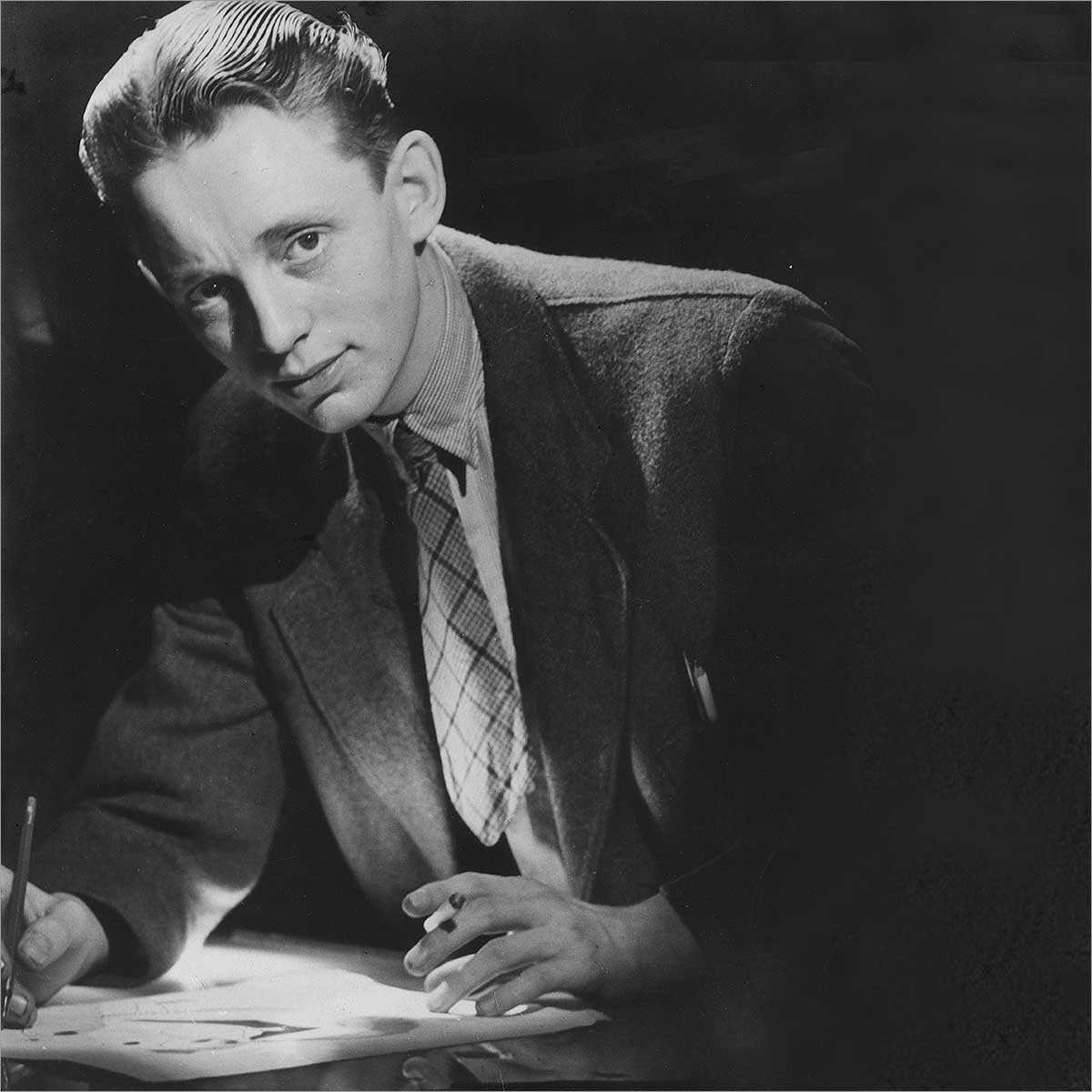 Ib Antoni was a highly productive artist, and we are so lucky to have a rare amount of archive material available - much of which has never been shown before: Meticulous sketches from old school books, work correspondences across the Atlantic with the comments of Victor Borge in the margen of Antoni's sketches, letters of thanks from the Royal Family – and a lot more.

With a subtle grip Antoni caught the essence of an assignment and neatly wrapped in the message, in a way that to this day feels timeless and modern - and continuously inspire advertising designers all over the world.

The demand for the Antoni stroke came from all over the world, and he only had customers such as Shell, Unicef, Volvo, Life Magazine and Neiman-Marcus.

I Denmark he was called the ”national illustrator of Denmark”, because his posters with The Little Mermaid, Tivoli and Copenhagen were - and still are - a part of creating the narrative and of the native country and the national brand, that attract visitors from all over the world. A narrative of great and clean-cut designs and the love of fairytales taken straight out of a H. C. Andersen adventure.

When he died in a tragic fire, only 44 years old, the papers called him "world-famous" and "the greatest in his field”.

FROM ESBJERG TO NEW YORK

Ib Antoni was born in Esbjerg in Jutland, Denmark in 1929 and grew up in Aarhus, where he was educated as an advertising designer on the advertising agency “Buchtrup’s Klichéfabrik”, after which he was hired by the agency “Harlang & Toksvig”. It was however in Copenhagen that his career would really progress, and here he became one of the great Danish postwar-“Mad Men”, as he as the art director on some of the greatest advertising campaigns of his time made his humorous and positive stroke known and loved in the entire world.

Ib Antoni originally wanted to be an architect, for which (in spite of the great talent) the childhood home could not financially provide for. The passion to design never faded, and therefore, in the late 1960s and early 1970s he devoted himself, apart from his work designing posters, to work that could satisfy his interest within the architectonical field. He also made his debut, before his untimely death, within beautiful rug designs, poetical children’s books, colourful textiles, stylish porcelain for Royal Copenhagen and last, but not least, the classical Tivoli lamp, that was reproduced in 2017 by the Danish company “Le Klint”.

Read more about the young man from Esbjerg, who with a sharp mind and a sharp pencil, was a part of putting Denmark on the world-map as a nation of design, in the line of talents with for example Wegner, Panton and Mogensen, on whose waves Denmark surfed on in the years that were later to be dubbed "the golden age of Danish Design". 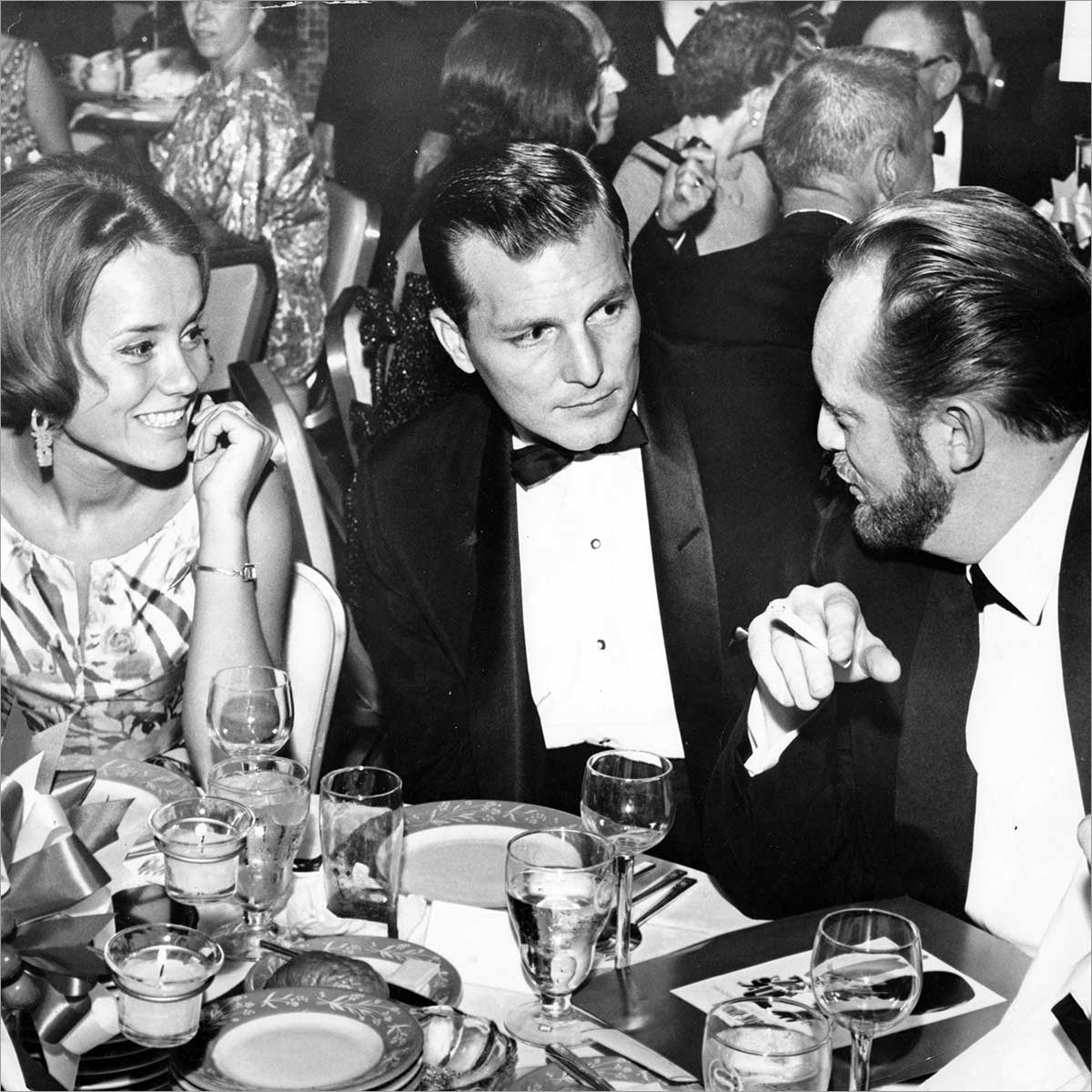 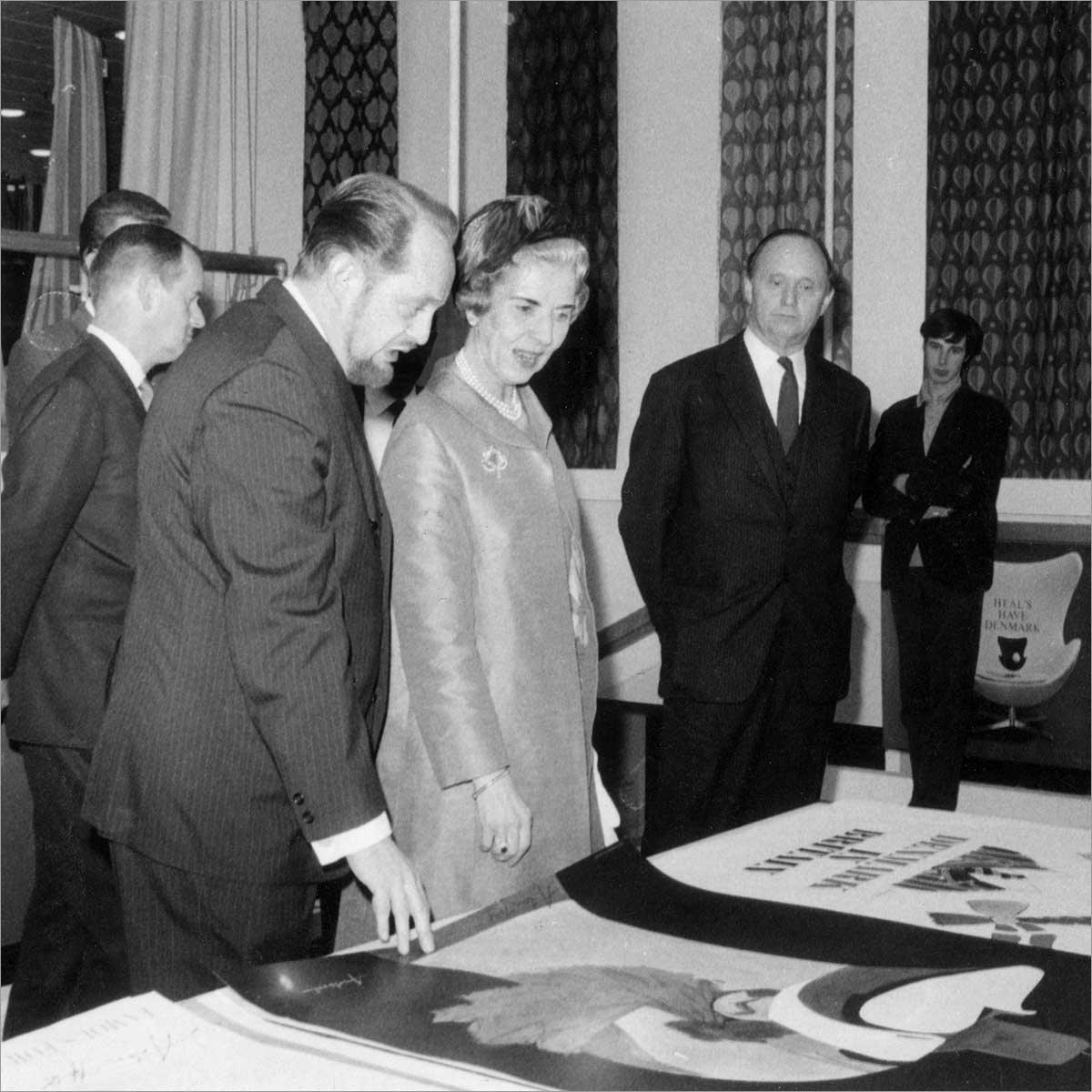