On the occasion of the Danish spirits manufacturer Cherry Heering's 150th anniversary in 1968, Peter F. Heering wanted to give a gift to his closest collaborators. Ib Antoni created the idea - a book that would pay homage to the focal point of Cherry Heering: The Cherry. 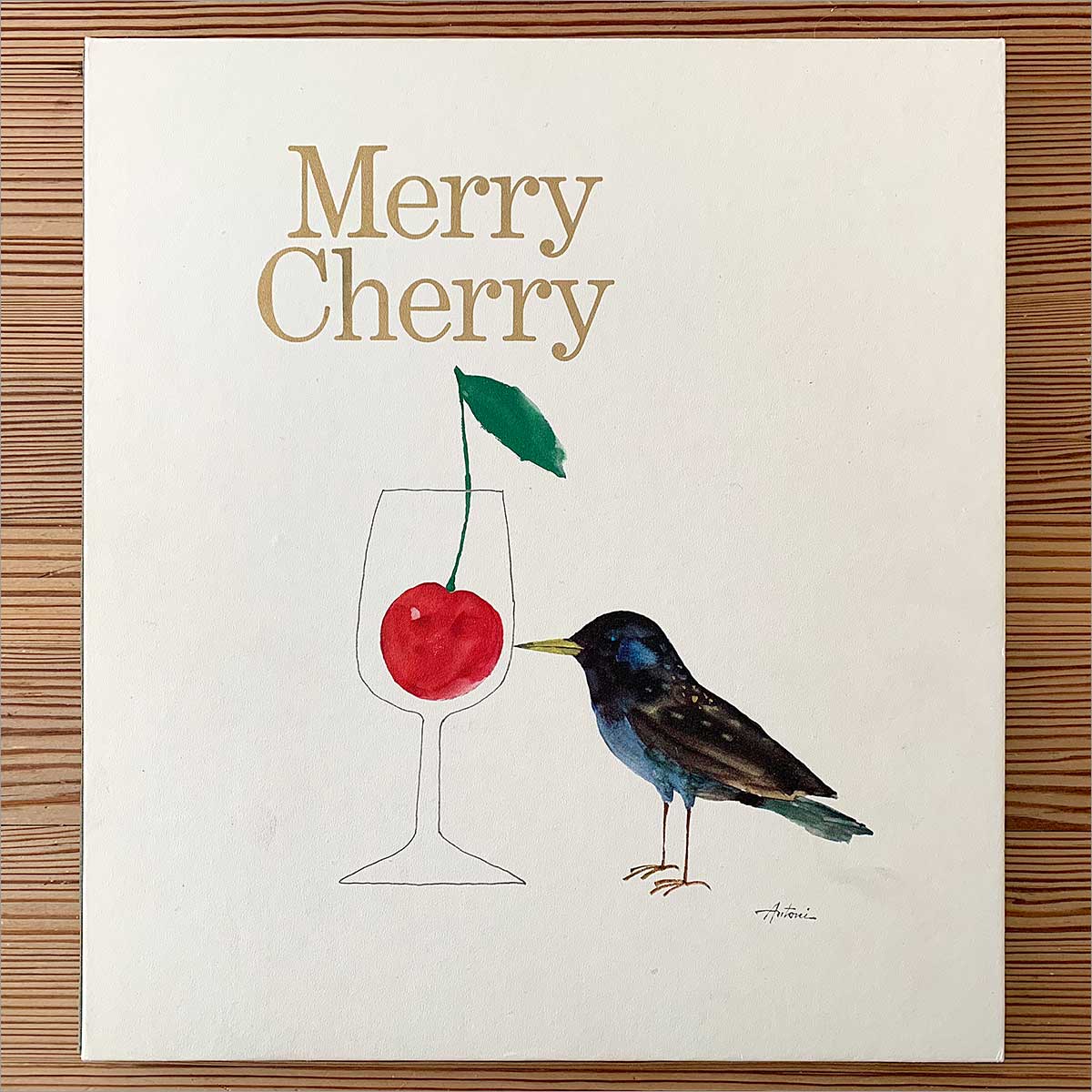 The story behind Merry Cherry

The Danish cherry liqueur company, Peter F. Heering, was founded in 1818.
The unique liqueur is produced from the "Stevns-cherry", is sold to virtually every country in the world, and the company became supplier to the Danish, English, Swedish and Dutch courts. The family company passed from father to son for several generations.

Ib Antoni’s relation to the Heering family was with the third generation, Peter Heering (1908-1987) and Peter’s daughter, Rosemarie Heering (1942-1967). Ib Antoni had met Peter and Rosemarie Heering several times in connection with the ambitious international campaigns that Denmark ventured throughout the 1960s.

In 1968 the company Peter F. Heering could celebrate their 150th anniversary and Peter Heering had a longing to create something special as a jubilee publication to mark the occasion.

Thus, Antoni created the the story of the merry cherry, and of course made all the book's illustrations. The text was written by Henning Nystad.

The book was used as a gift for Peter Heering's business connections around the world.

The story pays homage to the entire foundation of the company; The cherry.

The fact that the book is made by/for Cherry Heering is a very understated detail in this book. It is made as a goodnight story, and tells the story of the cherry, who travels the world, with the infatuated Starling on her heels. A universal little fairy tale about unattainable love and hopeless infatuation that everyone - young and old - can relate to.

The book itself is beautifully made; a very exclusive coffee-table book, made from the best materials, printed on special paper, with an extra layer of pantone gold colour in the print. The book is placed in a very beautiful cherry-coloured book case; a detail that ensured that many of the books from 1968 has been able to stand the test of time in a most beautiful manner.

As Merry Cherry was used as a business present, it has never been sold in any shops.

It is one of Antoni Legacy's great wishes to reprint the book in the same quality, with the case and all, so that the story of Merry Cherry can live on for many generations to come.